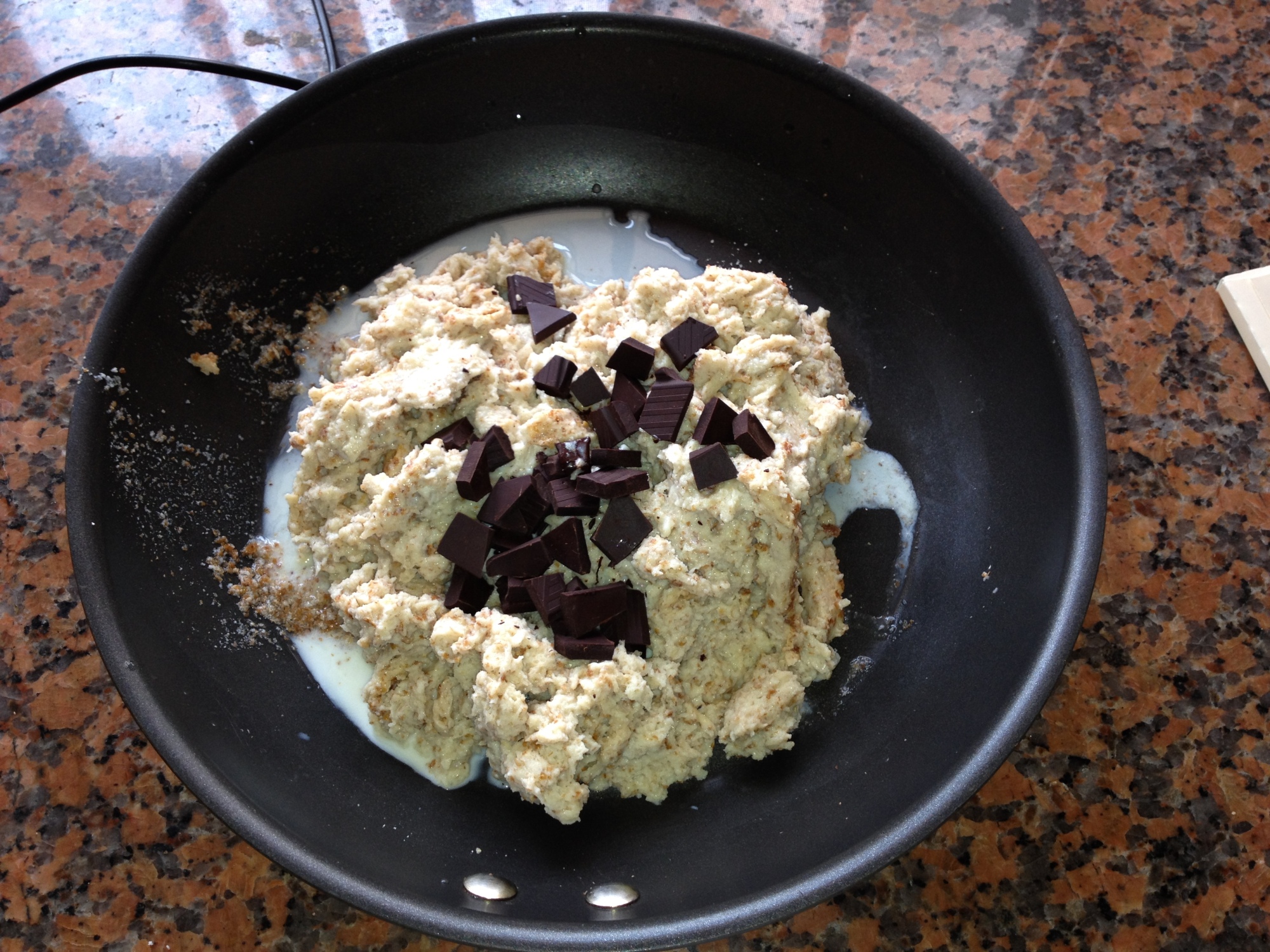 Our oven is gas powered which is very convenient for places like Nigeria where we have lots of power cuts but for the life of me, it must have taken me a good 30 minutes or so to figure out how to turn on the oven! At first there was power but the oven wasn’t coming on using the self ingniter. Then there was a power cut which meant I had to manually turn on the oven but I didn’t know where the ignition point was. I finally figured it out. Thank God. If the gas had been turned on a little longer, my dress may have caught fire.
Safety in the kitchen people!

Do you see how moist it is inside? 😀

Method
Preheat oven.
Soak bread in water in a bowl for as long as it takes to soften. (Mine wasn’t that stale but due to the oven issue, I think I soaked it for about 45 minutes.)
Put butter, milk and sugar into a pot and a little water. Mix together but don’t let mixture boil.
Drain bread (I literally took mounds in my hand and squeezed) and add butter mixture to the bread (or vice-versa). Mix properly.
Put mixture in a greased tin, cover with foil and pop into oven.

I thought the butter mixture was too sweet which was why I added the dark chocolate to the pudding to balance it out. It was a great addition.

The verdict? Yummy! As a lover of bread pudding, I think I did a good job! For those who don’t like wheat bread, I suggest that you try it out. I highly doubt you’ll miss a white bread pudding.

This is definitely a recipe one should try.

Below are step by step pictures: