G…I Doc RistoBistrò is another Uni discounted restaurant and is located about five minutes from Uni on a cosy side street. The street is so small and shaded that although it was a rainy day, there was hardly any rain on the ground as I walked.

Of course, when I walked in, there was the apprehension of how to make my order and ask about vegetarian food but the waitress spoke English! Yay.

So, first impressions. The decor was simple and unpretentious. It is a nice place for a casual meal with friends and/or family.

I didn’t want to bore you guys with pasta, and I had had a salad the day before, so I got an omelette with zucchini as a main dish, and chococlate cake as dessert. I found it interesting an omelette was listed as a main dish but it provided the opportunity to try something new.

Before, I continue, it might be worthwhile to mention some restaurant norms I’ve noticed. They might come in handy if you ever find yourself in Italy. Firstly, I’ve noticed that the menus are printed on plain paper. I figure that this could be because the menus change daily. This is definitely true for Mokha. Also, lunch usually starts at about 12/12:30 here in Prato (and once again, I suspect Italy) after which the restaurant might close at about 3pm to re-open for dinner at about 19:30/20:00. Dinner also has some restaurants open until late.

As is the norm, I got served slices of bread. Bread isn’t an appetiser though, it’s just something that’s present through out the meal. The bread here wasn’t warm. It was also served plain, which is pretty normal for Italy. It was crunchy on the outside, and soft inside. The crunchiness reminded me of my surprise to hear the crunch from another diner at Mokha.

Then my omelette was served. It was drizzled with olive oil. I thought about how it really was funny to feature as a ‘Secondi’ of main dish. I don’t know who would be full after eating it. But then again, Italian menus usually have more than one course so maybe it was there to complement other courses. The chef was unfortunately heavy handed with the salt though, and I couldn’t really tasty the zucchini. 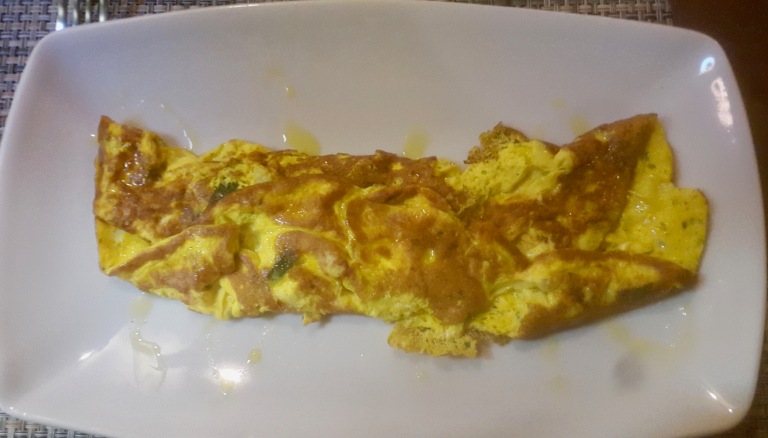 I guess I basically had a second breakfast. Or a late brunch.

After my late brunch, the waiter served me my chocolate cake which tasted, and felt, like a soft, moist brownie. It was dense and didn’t have that airy, spongey cake texture. It also fell melted in your mouth. Dark chocolatey goodness! 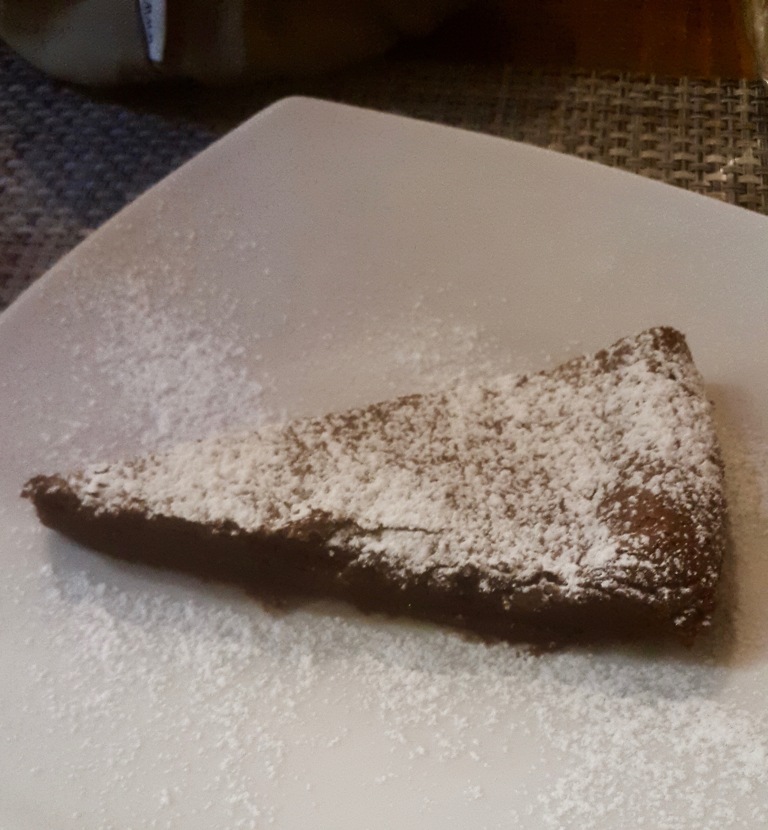 They seemed to be very interested in whether I liked the food and because I didn’t understand at first (language and stuff), I said yes when the waiter asked me about the egg. I have now made a note to let them know what I really think next time seeing as they seem to be nice people.