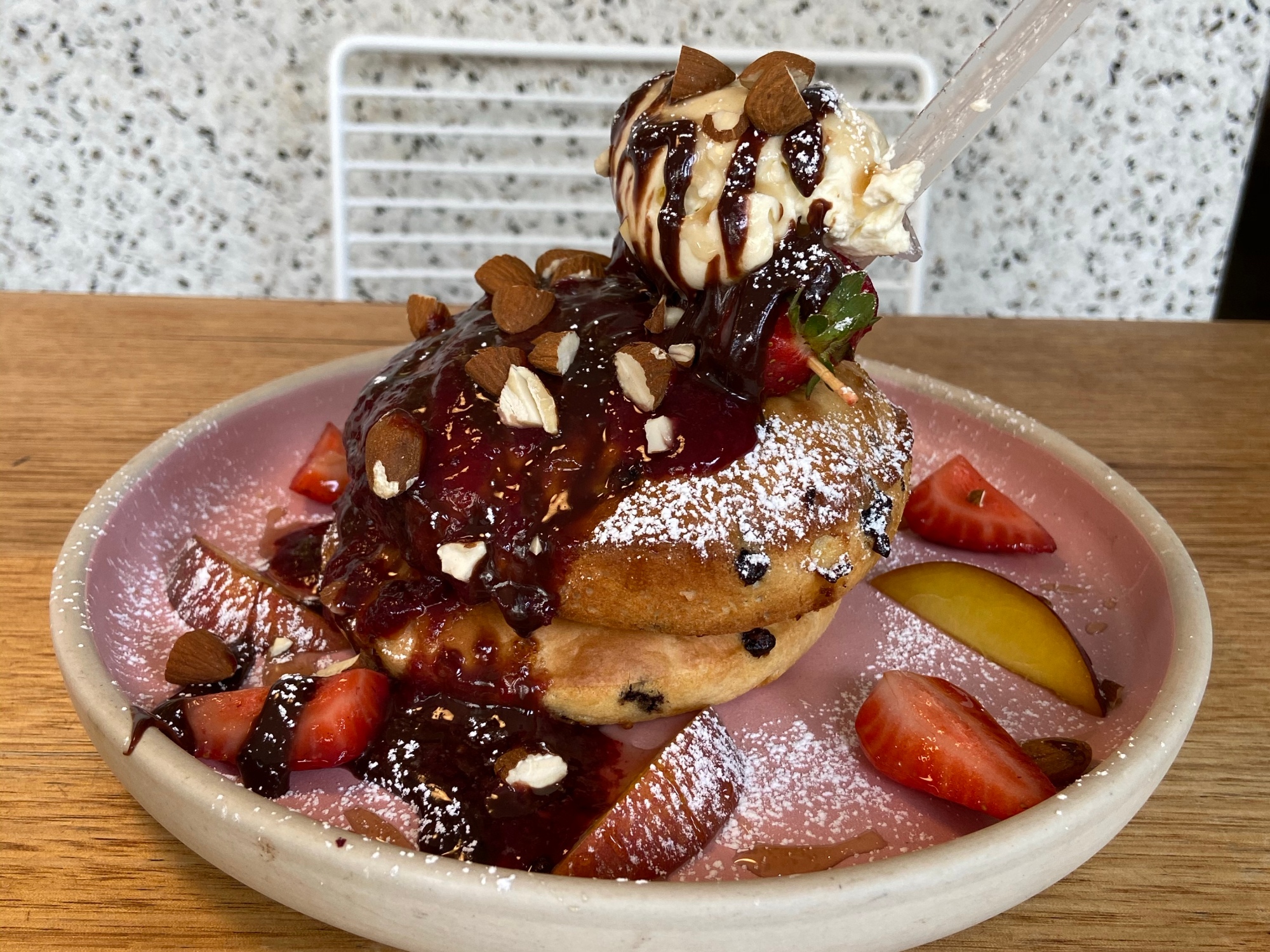 I saw Dilly Daly’s hotcakes on Instagram and I wanted them. They looked so rich, and so, it became another day, another cafe in South Yarra.

I got to DD around 1pm, which I think is a good time to get to cafes; they’re usually not as busy – like it wasn’t when I got to DD. I was given the option of a seat by the bench or on a table – chose the table. You gotta not be afraid of eating alone people. Especially if it’s something you want to do. 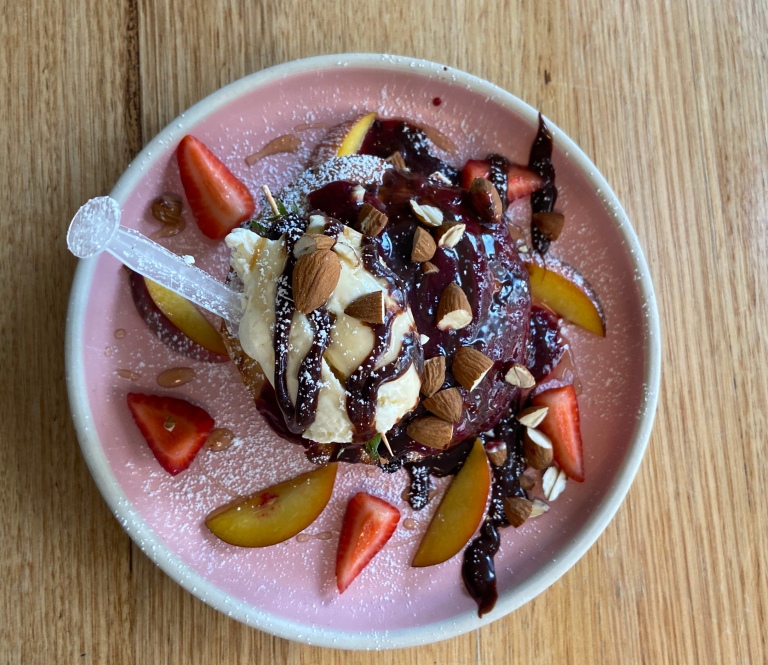 Next to me was a couple that was having the hotcakes I was going to order, so I assumed the dish was popular! I ordered my hotcakes, with no drink cuz like I’ve mentioned, I’m tryna save money y’all. (Sidenote: The couple left at least half of their hotcakes uneaten. That was surprising.) 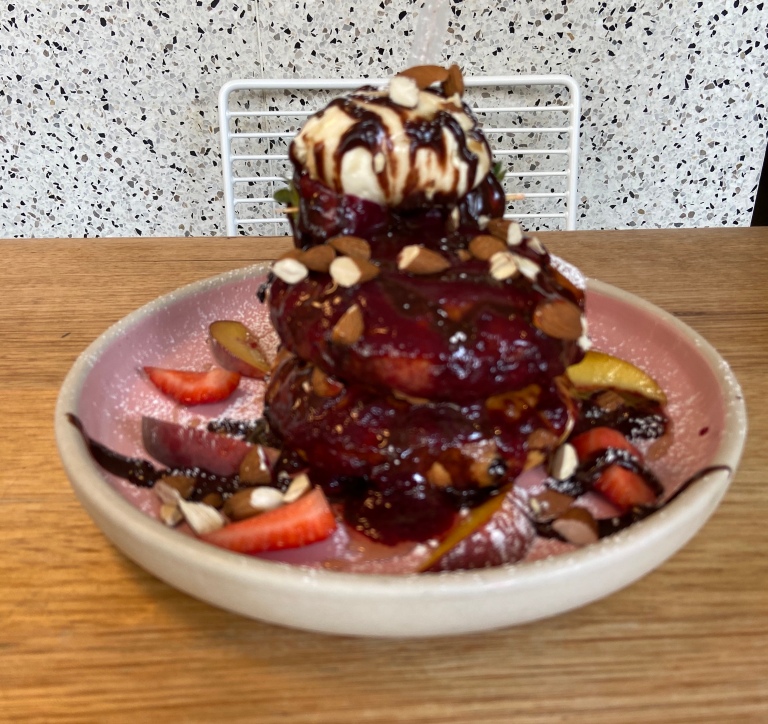 Now, my order took a while to come. I normally don’t notice this probably because it usually doesn’t happen. The waitress came by to inform me that there was a problem in the back. I was offered a drink on the house though, and they were very apologetic about it.

After a long enough wait, my hotcakes eventually arrived. They weren’t sweet, which I liked. The sweetness was left to the accompaniments. They were crispy on the outside and fluffy on the inside. They were also quite hot still and I would have preferred that they were cooler. Also, peaches are bae man, one of my favourite parts of the dish. I also enjoyed the combination of the fruits and the cream. 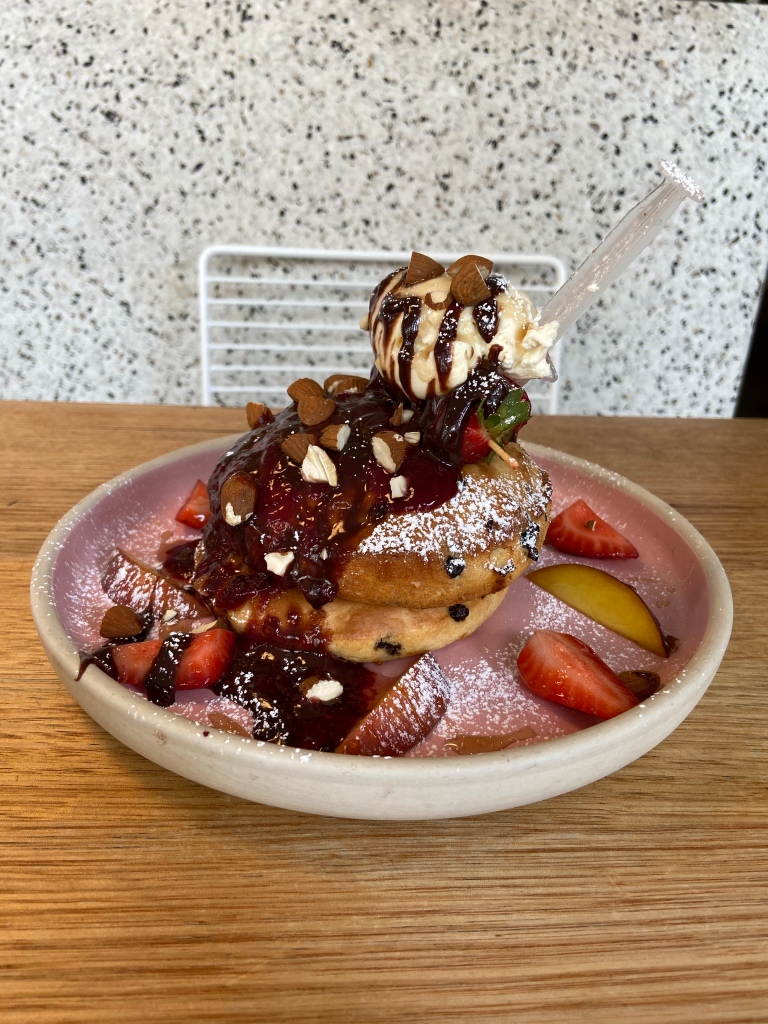 This was also my first time having food with an injection which was exciting. However, it was difficult to let the contents out and was a fail where the experience was concerned. The dish was also a lot and got me thinking about the weight I’ve gained. *sigh* This is no fault of DD’s though.

After clearing my plate, I got up to pay and received delightful news: because they took so long with the dish, I got it for free! Yay.

Will I go back? Probably not. It was a good dish and I’ve satisfied my curiosity.