Hands up if you went to Athens and feta cheese was a highlight of your trip. Nobody? Okay. Weirdos. (Chubby ‘Dija here: “What? Weirdos!”)

Okay, seriously, I love feta cheese. And almost every meal I had in Greece had feta cheese in it. I don’t think I’ll ever have feta cheese of Greek quality again. I’ve had it twice outside of Greece and it has been memorable, but not in a good way. I’ll survive.

) isn’t only about my new found love.

Our trip to Greece was very interesting, for lack of a better word. The first stop was Athens where we landed in the wee hours of the morning. Unfortunately, we were told that we couldn’t check in to our rooms until much, much later. The dude at the counter also said we could stay in the lobby but couldn’t sleep there. Ha!

Fast forward a few hours catching up on sleep in the lobby and a change of rooms, we were ready to tour. Our first (and only stop) in Athens was the Acropolis. On getting to the area where the Acropolis is located we decided to eat first; the Acropolis wasn’t moving.

We decided to dine al-fresco in Yard Café, which was one of the many restaurants around. The whole street was lined with restaurants and I really don’t know why we chose it. Thankfully, for our first proper meal in Athens, it was not a disappointment.

For a roadside café, I was impressed with the presentation! The pasta, my order, was cooked al dente and served with that lovely, mid-chew stopping feta cheese. My friends had to have a bite. Then seconds.

Maryam ordered a traditional Greek dish called mousaka which has a custard like top layer with ground beef underneath. Loyin ordered rice with shrimp served with an orange sauce, but she wasn’t ready for that! It was an unusual medley of flavours for our palate.

Anyway, enough talking. Feast your eyes on the goodness! 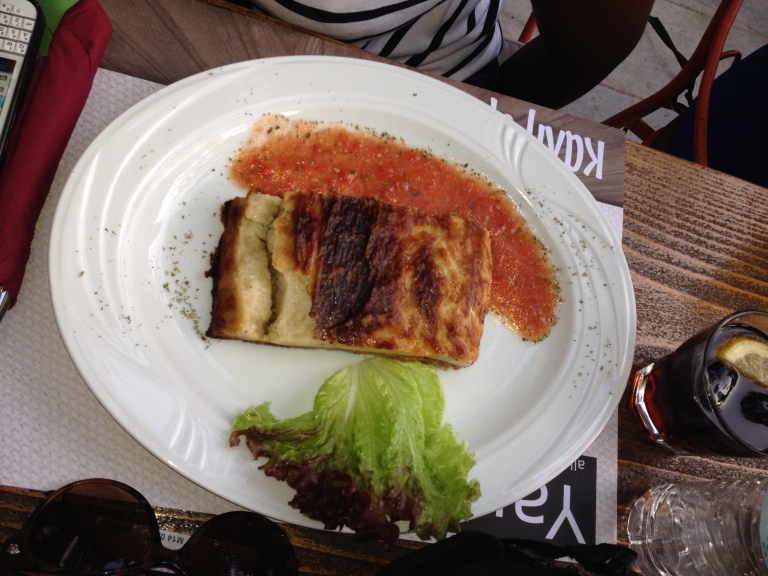 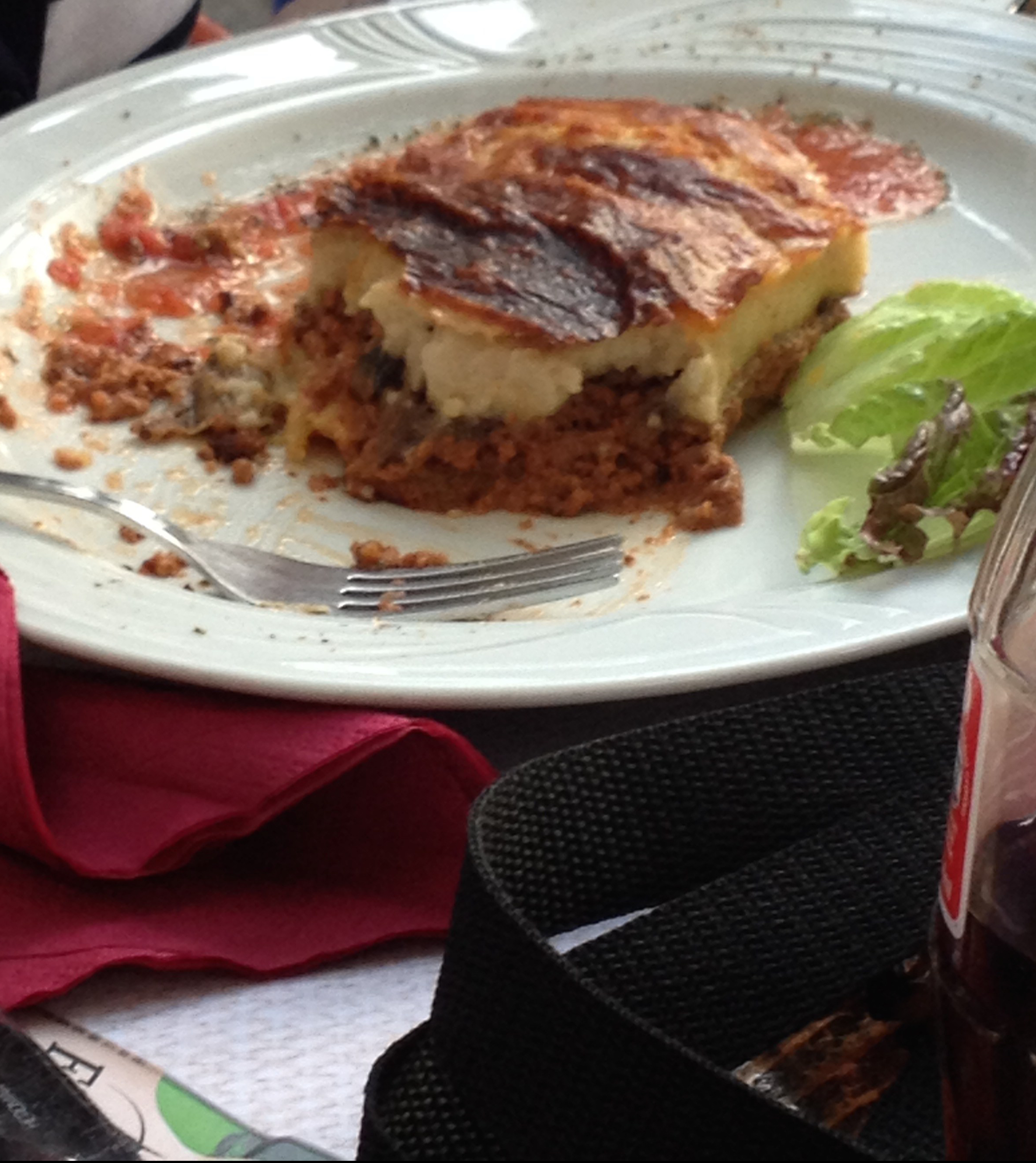 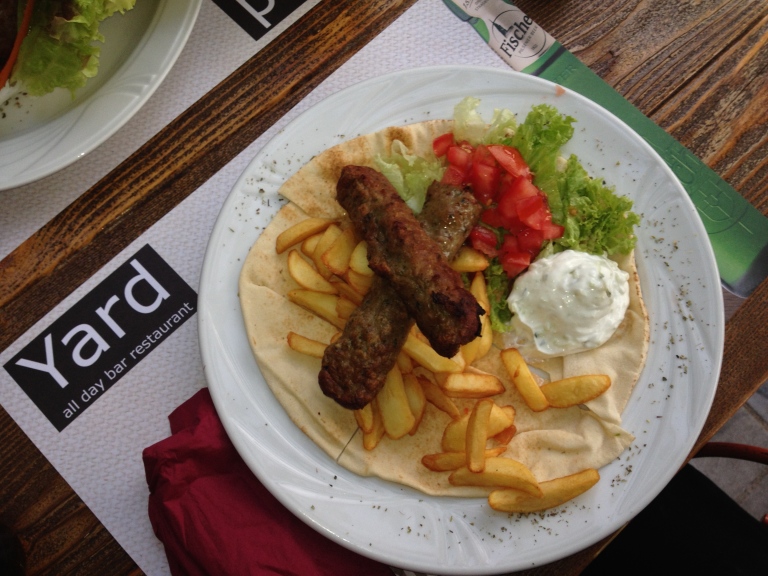 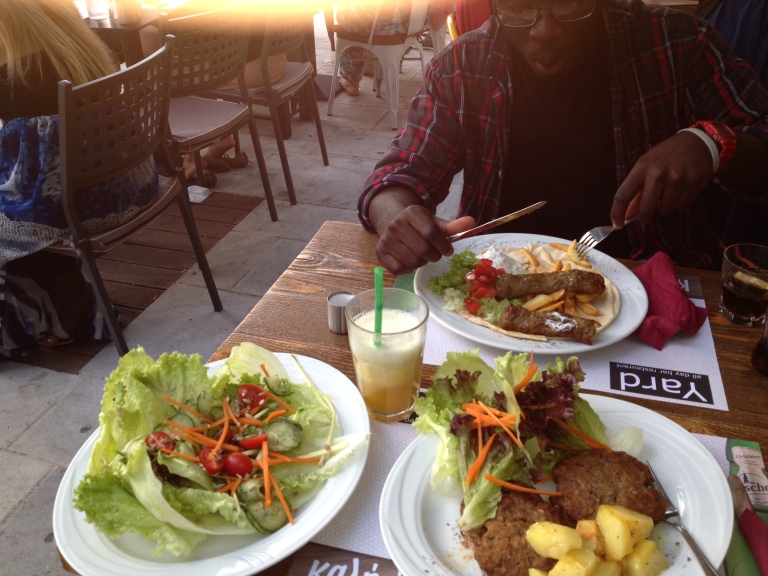 Digging in. Gotta have veggies on the side too. 😎 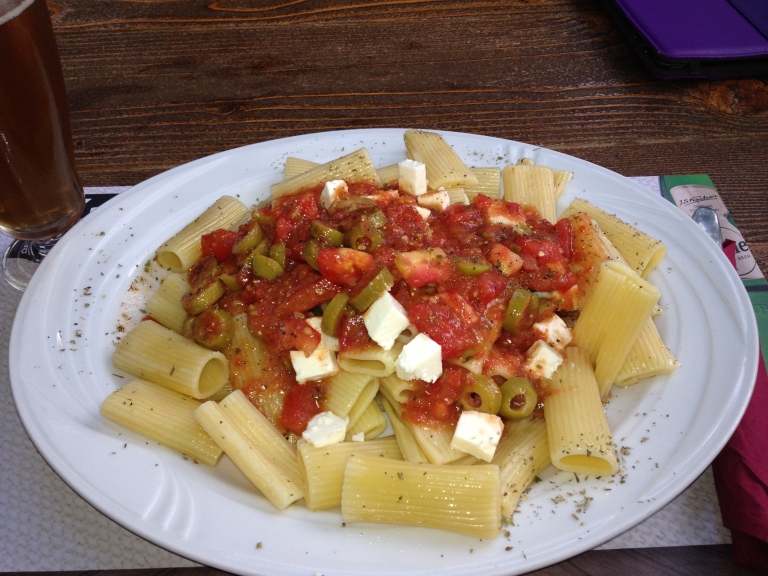 That. Feta. Goodness. No, I didn’t eat it all at once.

Something I could have done without was the alcohol free beer I ordered. It was just nasty. I had to add coke to it to make it more manageable. Beer must be an acquired taste.

Oh yeah, we didn’t end up getting to see the Acropolis properly. We learned a lesson though; Acropolis is the hill that the Parthenon (which is what we really wanted to see) is located on.

You might be wondering why this post is called ‘The Rejected Post’. Well, I sent it in to a school magazine to be published and they said it was too informal for their magazine and website. Did I feel sad? A bit. But I don’t want to be one to write about food and not have fun with it! Have I edited the post? Yes, but not so much that it’s an entirely new post.

Anyway, you can try your hand at making a mousaka by following this recipe. Enjoy!