I visited Darling Cafe on a holiday after I’d basically spent the last two days stewing in my own company. I had been meaning to visit a cafe earlier, but eventually did not. After two days though, I finally decided to leave my house.

Thankfully, and unexpectedly and pleasantly, the train replacements had been completed ahead of schedule. This meant that I didn’t have to get a bus to my destination. 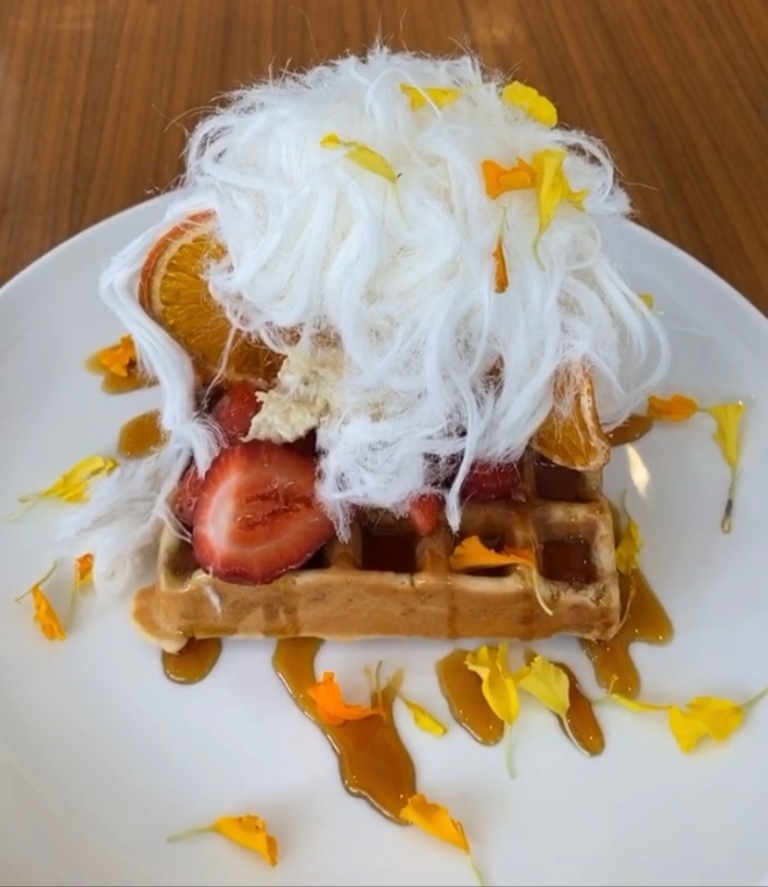 A few stops on the train later, I arrived at Darling Cafe. I thought I had visited the cafe before as it’s very close to another I’ve visited. 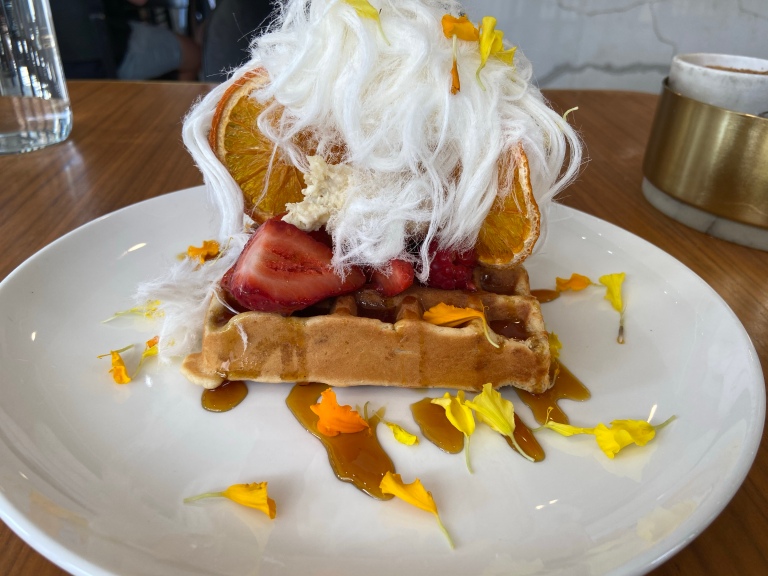 My order arrived and I thought the serving was small. I immediately noticed the candy floss, which I was not expecting. Hiding under the candy floss was the banana cheesecake mousse, which I’d totally forgotten about.

It was a solid waffle. I liked that it was hard and not fluffy. It was also dense and bread-like. However, it disintegrated quite easily. I didn’t really like the banana cheesecake mousse though, probably because I’m not a big banana fan. It did blend well with the waffle though, so there’s something there. I wasn’t sure what to do with the candied orange slices, so didn’t eat them. Would you have eaten them?

I will also say that the fairy floss could prove to be problematic in that it could make you look like a messy eater. Overall, the waffle dish was filling but felt like a smaller portion than you’d get at other places.

Will I visit again? Probably not. I’ve had my fill, Darling.