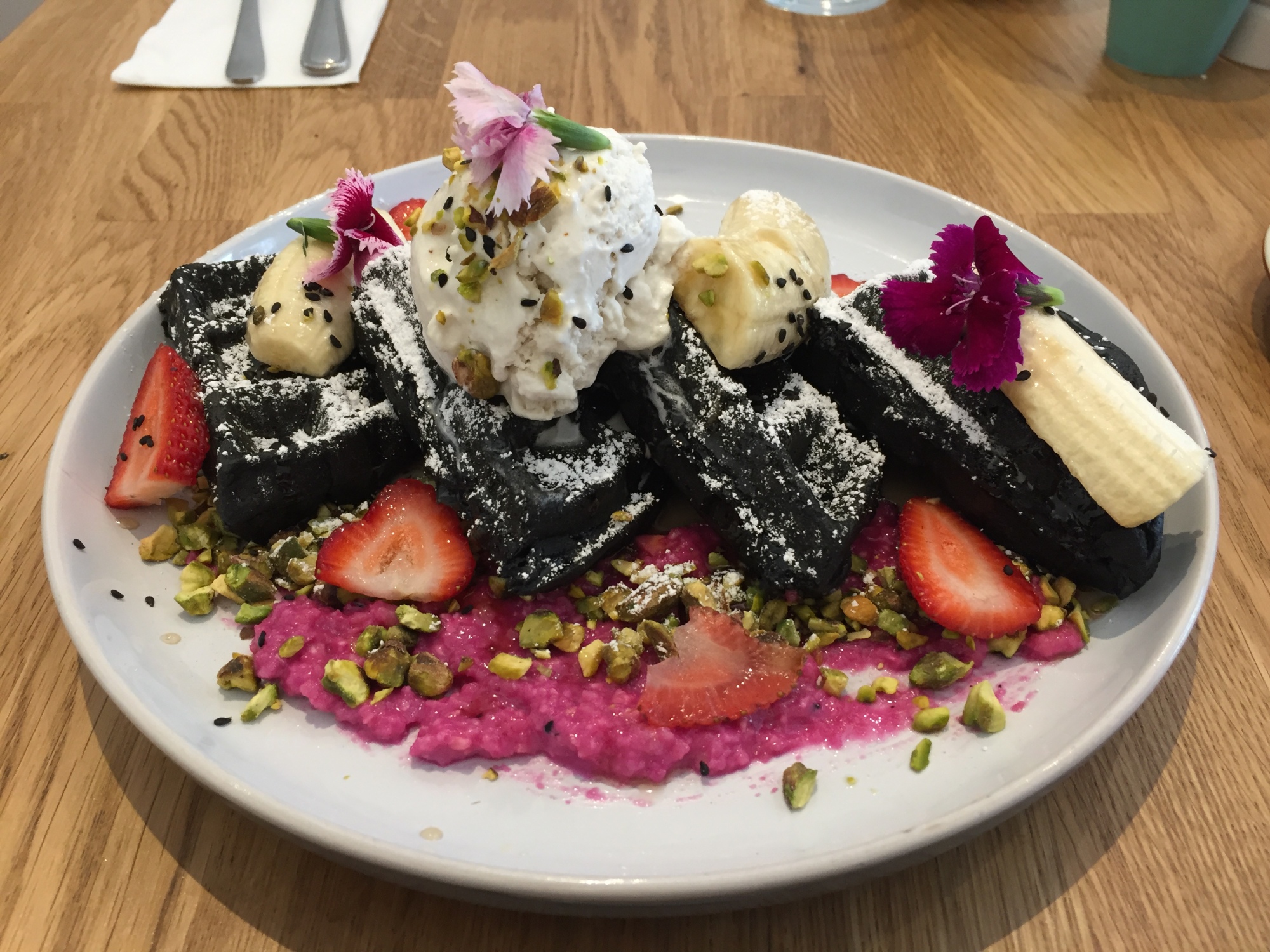 Muharam Cafe. Muharam Cafe. Instagram had been bombarding me with posts of this place and since I’m a sucker for colourful brunches, I decided to visit. It is located in Hawthorn, which is not one of my favourite places to travel to but alas, colourful brunch was waiting. The other enticing thing was that all their dishes are (as at writing this post) $11 to celebrate their 11th anniversary. My student budget liked that. Otherwise, dishes are in that 13 – 20 dollar range (I did see soup on their website for $12 but soup is not a meal). 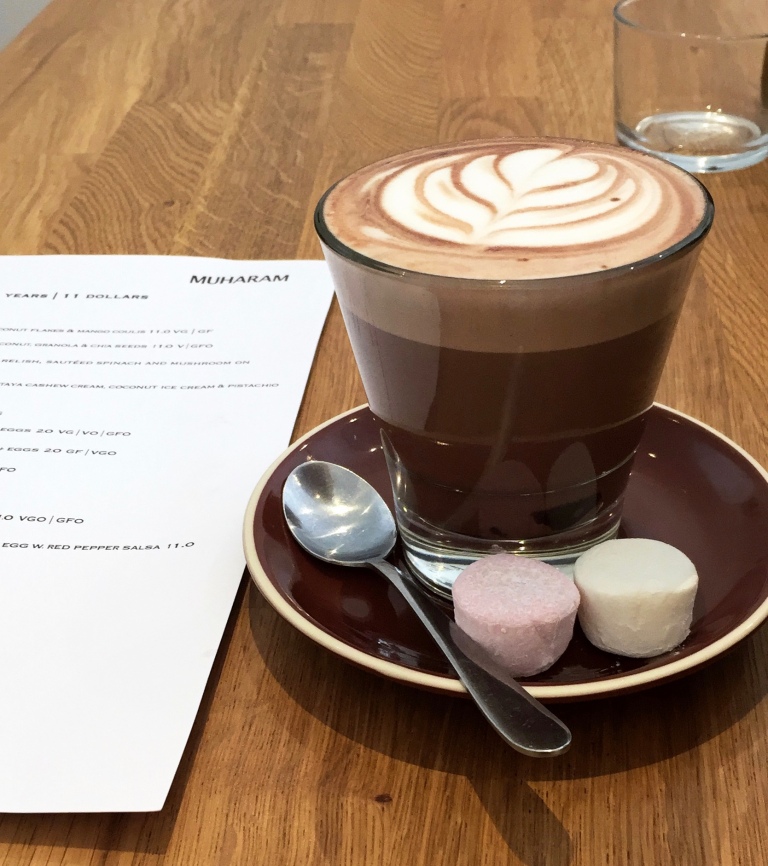 I got there at a bit past 1 pm and was able to get a table quickly for my lonesome. As you might know, I usually just get the free water when I go out to eat. For some reason though, I got hot chocolate, which cost $4. To eat, I got the black buckwheat waffles which was a vegan dish. I thought it was vegetarian at first but soon came to find out that they label their food differently; VG is vegetarian and V is vegan. The fact that it was vegan had me reading through the complementary additions properly; coconut ice-cream, cashew cream, pistachio pieces and coconut shavings (Chubbydija: These are not entirely accurate). I had also thought I would get a savoury dish but didn’t see any that I thought would be filling. Looking around though, Muharam Cafe servings seemed big.

Atmosphere wise, the cafe was pretty noisy; the music was on really loud, combined with the diners’ conversations. 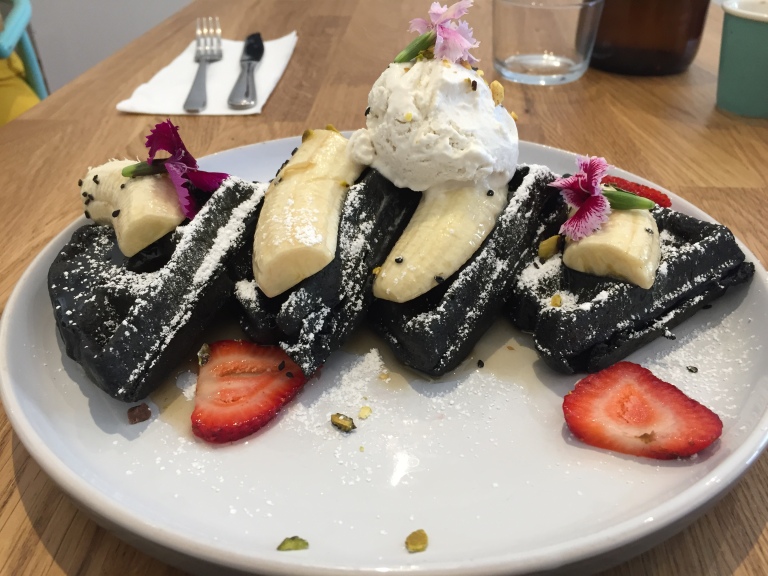 It didn’t take a long time to get my food. I guess the dish was easy to prepare since the waffles were probably the main component that would take the most time. When my dish arrived, it looked like a lot of food. It was technically one waffle but I was afraid of how I would look if I ate the whole thing. Would I look like a glutton? Taking a second look though, it seemed like a normal portion. That said, I was basically full after a few forkfuls and took half of the waffles home.

What did I think of the dish? Well, I’m not a big fan of coconut but the coconut ice cream was the best thing on the plate. I like that the waffle was thick and on the denser side as I’m not really a fan of airy waffles. The pink crumble thing (sorry, didn’t get the name) was really good too and was a tough competitor of the ice-cream. My non-love for coconut still shone through in my dislike for the coconut dust, it could have been left out of my plate. All in all, I think the accompaniments were better than the waffle.

Will I go back? Most likely not. The food wasn’t bad but it wasn’t great enough for me to go back. Yes, I only tried one thing and have formed an opinion. Also, as I write this, I am reminded of the dirty toilet and the dirty POS machine. Don’t use the toilet and maybe tap your card instead so you don’t have to touch the machine.

Leave a Reply to the #1 Itinerary Cancel reply